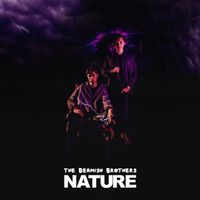 From the recording Nature

This song was born in a writing session with the talented Tayla Mae. We initially just wanted to create something that was empowering and about reclaiming control. Later on in the process during production, we both found that the lyrics were resonating as a 'voice-from-mother-earth' anthem and so we knew we had to release it.